2. INTRODUCTION • Contemporary Muslim politics is not monolithic; it is very diverse and evolving, although its dynamics vary in many countries. Religion is a determinant of political identity, a focus of loyalty, and a source of authority in the Muslim world (Vatikiotis, 1991, p. 36). • One of the most continuously discussed aspects of Islam and politics in recent international debates has been Islam’s compatibility with democracy.

In fact, there has been an effort in many countries to give “Muslim politics a civic, pluralist, and even democratic face” (Hefner, 2005. p. 4). • The notion has much arisen in the West in the aftermath of the terrorist attacks of 11 September 2001 and the subsequent U.S. and its allies’ ‘War on Terror’ (WoT) in Iraq, Afghanistan, Pakistan, Yemen, and Syria, and other countries. •

Islam, as a religion, interacts with social, political, economic, and cultural determinants and is shaped by them. If we take politics to be about relations of power, then we should be concerned with how Islamic discourses and traditions are mobilized in contestation activities and in power struggles, whether involving formal political institutions or wider societal forces and processes (Ismail, 2004, p. 163).

3. GLOBAL ENCOUNTERS • A number of developments in Muslim-majority states since the World War II demonstrate that all major political currents that include Islamism, authoritarianism, fascism, secularism, liberalism, populism, and many others exist, thrive, and form political environments. These environments are dominated by movements attempting to transform the state and question the legitimacy of existing governments and access to governments. • An example of state transformation was the 1978-1979 Iranian Revolution. •

An example of questioning the legitimacy of existing governments was the assassination of Muslim state leaders, such as Anwar al-Sadat in Egypt, Benazir Bhutto in Pakistan, Ziaur Rahman in Bangladesh, Rashid Karami in Lebanon, and Mohammad Najibullah in Afghanistan following turbulent political disputes, confrontations, and upheavals. • The last and the most recent example of state transformation was when Islamism really came to the fore when the Taliban held power from 1996 to 2001 in Afghanistan and enforced a strict interpretation of sharia and the involvement of Al-Qaeda in numerous attacks on civilian and military targets in various countries, including the September 11 attack in the United States and the 2002 Bali bombings in Indonesia.

4. GLOBAL ENCOUNTERS • Those events have signified the entanglement of Muslim-majority states in dealing with the challenges of adapting politics and governance to the requirements of Islam. The existence of Islamic governments, radical Islamist political groups, and terrorist attacks is now irrecusable (Brown, 2000, p. 2). • In all over the Muslim world, the advances of political Islam and the Islamists have been aided by the blunders of the secular modernizing post-colonial elites (Noor, 2004, pp. 750-751). •

It is true that political trends in Muslim-majority states are often violent and contradictory, due in part to the authoritarian regimes. However, “public Islam” (“the highly diverse invocations of Islam as ideas and practices that religious scholars, self-ascribed religious authorities, secular intellectuals, students, workers, and many others make to civic debate and public life”) for the most part works against violence. •

Advancing levels of education, greater ease of travel, and the rise of new communications media throughout the Muslim-majority states have contributed to the emergence of a public sphere in which large numbers of people want a say in political and religious issues. The result has been challenges to authoritarianism, the fragmentation of religious and political authority, and increasingly open discussions of issues related to the “common good” in Islam (Salvatore and Eickelman, 2004, xi).

5. LOCAL ENCOUNTERS • Southeast Asia has often been regarded as a region of ‘peripheral’ Islam compared to the ‘centre’ in the Middle East despite the fact that the region has had some of the more dynamics and also syncretic, mostly non-violent manifestations of Islamic social and political life for centuries (Saravanamuttu, 2010, p. 3). • In fact, the four biggest Muslim states in terms of population with over 100 million Muslims are all located outside the Middle East: Indonesia, Pakistan, Bangladesh, and India. •

Southeast Asia has more significant diversity in cultures, customs, and historical patterns that have traditionally militated against the emergence of a unified realm with Theravada Buddhism, Sunni Islam, Catholicism, animism, tribal religions, as well as Daoism, Mahayana Buddhism, Confucianism, Hinduism, Christian denominations, and all forms of folk’s religions (Schottmann and Camilleri, 2013, p. 5).

6. LOCAL ENCOUNTERS • Given the fact that Indonesia is the largest Muslim-majority state in the world, it offers examples of a Muslim politics as plural and contested as its counterparts in recently-transforming Muslim- majority states, such as Turkey, Egypt, Tunisia, and Iran. • Indonesia shows the articulation of Muslim politics within the context of the authoritarian (the New Order) and democratic (the post-New Order) politics in recent years despite being frequently overlooked in discussions of Muslim societies.

The country, along with others in Southeast Asia, such as South Korea and the Philippines, has been a ‘newcomer’ in the ‘Third Wave’ of democratization. • In the final years of the New Order administration (1966-1998), a powerful movement for a democratic Muslim politics took shape. The movement succeeded in May 1998 in toppling the long- ruling and formerly unassailable Suharto, signifying the movement’s alliance with secular Muslims and non-Muslims. •

Since the end of the long authoritarian regime, Indonesia has implemented a vast number of political reforms that one may arguably place it among healthy electoral democracies. What is also remarkable was Muslims’ participation in the democracy campaign dedicated themselves to formulating religious arguments in support of pluralism, democracy, women’s rights, and civil society (Hefner, 2005, p. 4; Bertrand, 2010, p. 45).

The developments of everyday relationships between Islam and politics and between state and society in Indonesia have been mixed: one the one hand they show largely cultural characters, while on the other hand, they also demonstrate significantly political traits. • Many times, the religious and cultural identities of Indonesian Muslims have accumulated in powers that have presented a culturally-political challenge for the state in politics, especially in elections, economic and community development, and religious affairs.

8. THE MAKING OF RELIGIOUS AUTHORITY • Indonesia may be overlooked in the big map of world’s Muslim states. Nonetheless, the issues in political and cultural discourses there are large. The culturally- embedded Islam in the country has directly and indirectly affected state formation and governance in the forms of various polemics and conflicts between the state and society, tumultuous affairs in a number of elections, poverty, violence, and many other things. • In the country, Muslim politics encourages people to involve in alliances and competitions over the interpretation of Islamic and cultural symbols, and of control of state and public institutions. •

The alliances and competitions with definite goals to ensure the upholding of Islam that have been constantly articulated, are common in Muslim-majority states, although they are varied in conceptions and forms. The relationships between Islam and politics have been highly intricate when they are transformed into public symbols, discourses, and practices. Groups of religious elites and individuals pose challenge to state authority in the quest for social order.

9. THE MAKING OF RELIGIOUS AUTHORITY • In view of these socio-political developments, there have been efforts by various Muslim organizations, such as the Indonesian chapter of Hizb ut-Tahrir (HTI) and Salafi-inspired groups, to idealize Muslim-majority states or Muslim-majority areas, including Indonesia, to as the myth of the Islamic state, religiously based, and defined and governed by God through political means. •

In post-New Order Indonesia, it is seen in an Islamization of politics expressed in, among other things, the adoption of local Islamic laws in the context of democratization; the rise of political Islam; and the growth of modern political Islamic fundamentalism that claims to (re)-create a true Islamic society. • The processes that have been marked by continuous debates on secular conceptions of citizenship and that have been involved a dialectical relationship between the state and society, encourage the continuous production of Muslim politics and thus signify the importance of Muslims to use existing political system to reflect their political views. •

Elsewhere, the transformations of Muslim-majority states are not identical. As a result, there are secularly-administered states, such as Turkey, Senegal, and Azerbaijan; Saudi Arabia, Iran, and Pakistan that have incorporated Islamic law in part into their legal systems and are commonly recognized as Islamic states; and Somalia and Bangladesh that have declared Islam to be their state religion in their constitutions, but do not necessarily apply Islamic laws in their courts.

10. THE MAKING OF RELIGIOUS AUTHORITY • A contemporary Indonesian experience with culture, religion, and politics may illuminate the future socio-political trajectories of Muslim-majority states currently undergoing similar democratic transitions—i.e. the engagement with democratic politics experience that appears to have presented an enigma. • On the one hand, the overall electoral support for Islamic parties has been in steady decline since 1999 when the country became a democracy. On the other hand, there has been an Islamization of politics as expressed in hundreds of sharia laws that have been adopted across the country.

Moreover, on the one hand, the developments of Islam in law and politics seem to indicate that Indonesian Islam has become more rigidly conservative or radical. On the other hand, the driving of rapid Islamic commodification and the growth of urban middle-class Muslims have shaped a more resilient religious culture and thinking. • Indonesia’s more peaceful experience than that of the Middle Eastern countries in the aftermath of the Arab Spring in negotiating and re-arranging institutionalized patterns of political practices with populist movements claiming to represent an ummah/umat (religious Islamic community) can become a constructive indicator in possible future trajectories of Muslim politics.

11. CONCLUSION • The characters of traditional Islam in Indonesia remains the driving force that has preserved Islam in Indonesia—recently often articulated as Islam Nusantara—as a more peaceful religion unparalleled with its counterpart in many seethed Middle Eastern, African, and South Asian parts, and has contributed to the transformation of Indonesia’s polities from centralized authoritarian control to the decentralized democracies that the Reformasi required. •

Despite its complex consequences, islamization and re-islamization in Muslim strongholds is not necessarily a setback. It appears to have been a long and on-going Islamization process for centuries, and it has actually gained public support due in part to the euphoria of democracy. Meanwhile, substantive challenges to the state authority under the banner of Islam have yet to be realized. •

In sum, in comparison between the New Order and the post-New Order, Indonesia as a new democracy in Asia has successfully intertwined decentralization process with the process of democratization, despite the abundance of strong evidence that decentralization is not synonymous with the process of democratization. It thus means that compared to the New Order, the Indonesian nation-state is arguably stronger now. •

Although the country is called into question in terms of the quality of democracy in aspects such as the lack of autonomous and strong civil society, the frequence of ethnic and religious violence, and the prevalence of populism, clientelism, and corruption, Indonesia has arguably been successful in creating good governance in the post-New Order; in realizing the mantra “bringing the government closer to the people”; in the sense of electoral politics and decentralization; in the reinforcement of local identities; and in the high numbers of local regulations that signify a core in decentralization. 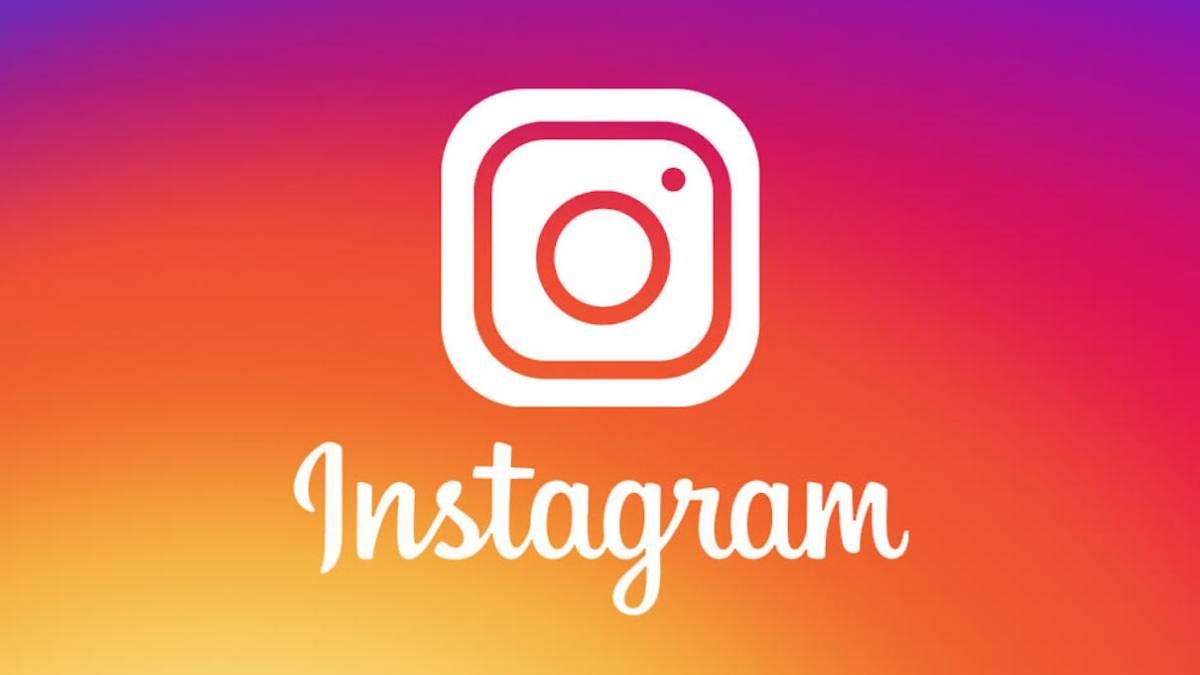